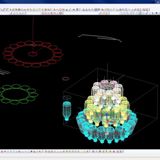 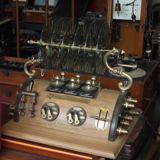 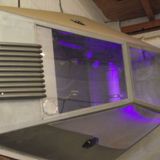 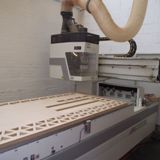 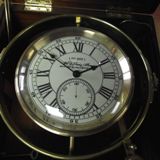 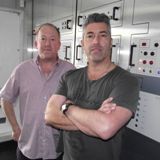 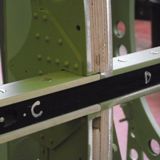 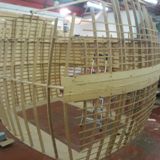 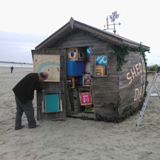 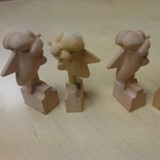 When Anarchy director Jason Szukalski settles down for an evening in front of the television the chances are he will see something in a programme, advert or film that he has drawn up and machined in ALPHACAM.
Two Watford companies, Anarchy and Bob’s Bits, supply props to film studios such as Pinewood, Shepperton, Warner Brothers and Elstree, along with a number of West London advertising studios.

“ALPHACAM is already the backbone of our company. Without it we couldn’t respond as quickly as we do. There’s not a working day goes by that I don’t use it.”

Bob’s Bits, run by Bob Thorne, buys surplus items from Formula One, Ministry Of Defence and the medical industry, and Anarchy turns them into props by incorporating them into bespoke items. Bob Thorne explains: “Art directors, prop buyers, set decorators and production designers come to us to see what they can use in their film, TV show or advert. Basically, we provide hi-tech and futuristic set dressing and prop dressing components, along with antique and vintage technology. We also have an increasing range of period, contemporary and futuristic props.”
Around 40 futuristic control panels with buttons and flashing lights which adorn the entrance corridor of Anarchy were part of a space station set for the 2013 film The Last Days Of Mars and are currently being used in a new science fiction film. “My original client found some lights and panels that he liked amongst my stocks, and Jason Szukalski drew up a number of different panels in ALPHACAM, each incorporating switches and lights.” ALPHACAM was then used to machine the panels on Anarchy’s 3-axis Pratix 48 NST 8 x 4 router. The panels have also been used in Doctor Who and several more science fiction settings.
Other props they have produced include flashing panels behind Holly Willoughby in the Very.co.uk commercials, the iconic shed that Hollywood star Kevin Bacon hauled up a beach in the EE “shedload of data” advert, and a new style of eye for the Big Brother reality TV series.
Anarchy machine a wide range of materials at their 5,000 square foot premises, including wood, plastic, metal and chemiwood, often working to within .05 of a millimetre. “But don’t let the three axes fool you,” says Jason Szukalski. “ALPHACAM gives us the ability to produce parts on the Pratix that you would normally only associate with 5-axis machining. It just needs an additional set-up.”
He is considering investing in a 5-axis machine, as he says it would be “liberating” to fully cut components from every angle in one set-up without having to change orientation. And he knows that ALPHACAM can readily program head-mounted rotary axes on CNC routers at any orientation, as the software supports aggregates with a programmable rotary axis and manual tilt, as well as routers with fully interpolating 5-axis heads. Safe, rapid moves between planes are automatically controlled and verified using advanced solid simulation.
“ALPHACAM is already the backbone of our company. Without it we couldn’t respond as quickly as we do. There’s not a working day goes by that I don’t use it.” He says ALPHACAM was instrumental in Anarchy reaching a turnover of £1m in 14 months and ensuring they are well on their way to the second million.
“It’s the fastest and most versatile way that I can achieve what I need to. As soon as I look at a part I’m breaking it down into machineable components. I was a model-maker by trade, before moving to a company where I started using computers and CNC machines, and I’ve not thought in the same way since that first day of working with ALPHACAM around 20 years ago. It completely changed my logic.”
The process begins when he receives a request from a client. “It could be a 2D sketch containing bullet points, or it might be just an idea or description with perhaps some of the actual parts that they’ve got from Bob’s Bits for incorporating into the bespoke prop. I’ll sketch it in ALPHACAM, and very often the client approves that without needing to see a 3D visualisation. If they do want a coloured 3D version I’ll load it into Creo to convert it, and then into the Bunkspeed rendering package.
“Once I’ve got final client sign-off it’ll go back into ALPHACAM for programming and machining which is so quick and easy, and the outputted program is sent to the Pratix via the server. While some jobs start in Creo, I sketch out all the construction lines for most of them in ALPHACAM.”
A range of their props are lined up to appear in a number of films being released in the coming 12 months, and Anarchy recently worked with Nexus Productions in their latest international TV commercial for the Coca Cola happiness campaign.
Before setting up Anarchy and partnering with Bob’s Bits, he and Bob Thorne worked together for several years where they used ALPHACAM to produce bespoke props for films such as Prometheus and Captain America.
“ALPHACAM ensures we are particularly versatile, enhancing all my model-making skills. If something can be drawn, ALPHACAM can produce a program to machine it – no matter how complex the component is.”

“ALPHACAM is already the backbone of our company. Without it we couldn’t respond as quickly as we do. There’s not a working day goes by that I don’t use it.”